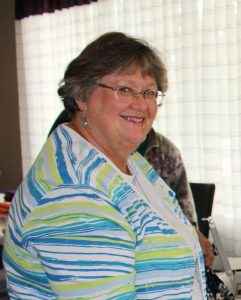 In other election news, Karin Coppernoll from Monroe and Opal Myhres from Yakima were elected Secretary and Region 5 Representative (Kittitas, Klickitat, and Yakima counties), respectively.

For more information about Ginny and Karin, read the 01 Dec 2017 blog post.