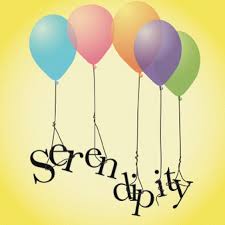 *** Have you read a real/paper book lately?

This is serendipty trivia for sure…… while in Maui last January, I spotted the Geico gecko basking in the sunshine on a rock. He was not upright; he was not big-shiny eyed; he was not looking at nor speaking to me; he was not a very good Geico advertisement. And he was not driving a car!!

26 Oct 2016, Madrid, Spain:  A 62-year-old woman gave birth to a healthy girl and encourages women in their later years to imitate her if they want to. Sorry, NO WAY would I want to……how about you??? Having a teenager to deal with when you’re in your 80s??? Yikes.

2016, AP story in my paper:  Adult readers in the U.S. still strongly favor paper over e-books according to a new research study….. around 65% of those surveyed had read a paper book over the past year compared to only 28% who had read an e-book. Where you figure into these figures? How many book-books do you read in a year? How many e-books?

19 Dec 2016:  “A mother’s search for a Christmas gift for her adopted daughter took an unexpected twist. Jennifer Doering, of Wausaw, Wisconsin, wanted to give her 10-year-old daughter, Audrey, a copy of her “Finding Aid.” That’s the advertisement that under Chinese law is published after a child is “found” and placed in an orphanage as an infant. So to shorten a lovely long story, Jennifer scoured the records and contacted international help agencies and learned that Audrey had a twin! Within days, they found Gracie (adopted by a family in Richland, Wisconsin), and the two sisters were meeting and talking nearly every day through FaceTime “in a cloud of tears and haven’t stopped talking in a week.” Don’t we all wish them a long, happy and prosperous life?!?!