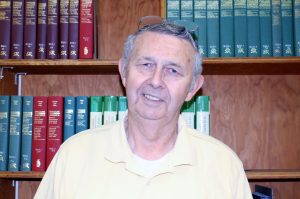 In today’s “Meet the Board” series, we’re introducing you to Frank McLean. Frank lives in Yakima and is WSGS’s chair of the Pioneer and First Citizen Program and the Conference Liaison. He has been a member of the WSGS since 1986, previously serving as President and Vice President. He was named as a WSGS Outstanding Volunteer in 2003, 2005 and 2006. He’s been a proud member (and past President) of the Yakima Valley Genealogical Society since 1986. 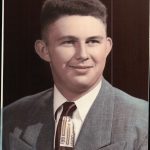 Frank Leroy McLean was born in Chewelah (Stevens County), Washington in 1937 to Jonathan Cornelius and Margaret Ella (Starz) McLean, the third of six children. After high school, Frank served proudly in the Army for 20-plus years, then worked for 19 years at the U.S. Department of Defense, with a short break in between working in Spokane. In 1958, Frank married Delma Dee Roloff. They have three surviving children and seven grandchildren.

Frank has a special interest and knack in technology and computers. In fact, he maintains a database for the American Historical Society of Germans from Russia Society that holds about 560,000 names. He also manages the WSGS Pioneer and First Citizen certificate database — almost 30,000 strong. For an index of the names, click here. 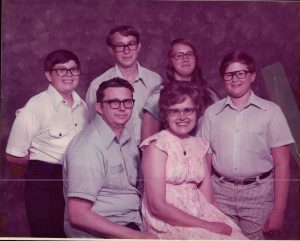 Frank, Delma and their children 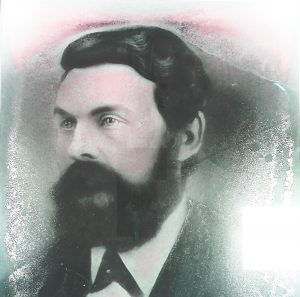 Speaking of Germans from Russia…that’s how Frank got his interest in genealogy. No, he doesn’t have German ancestors from Russia, but Delma does. She joined the Central Washington chapter of the American Historical Society of Germans from Russia Society in 1985 and Frank tagged along as “driver, cemetery walker and microfilm cranker.” From there, his interest grew. His ancestors hail from Germany, Nova Scotia,  Maine and Minnesota. Frank’s grandfather, John Robertson McLean (pictured at left) was born in Nova Scotia, but moved to St. James, Minnesota in 1870. While there, he started a church in a boxcar on a siding. Frank and his family attended the 125th anniversary of the church, where they were given a copy of the picture that hangs in the church. There is also a miniature replica of the boxcar on the lawn in front of the church.

Frank likes the research part of the genealogical search, but he’s not as thrilled with the documentation part. He also prefers his hard-copy paper charts and lists over paperless research.

Now you know a little more about another of the WSGS Board members. The next time you see Frank, say hello and thank him for his service to WSGS.

2 comments on “Meet the Board: Frank McLean”