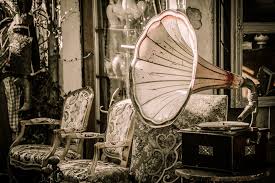 What’s better than German Chocolate Cake? Nothing much, eh? Did you know it did not originate in Germany?? Nope, not a “German food.” 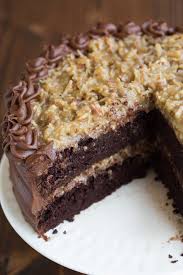 “German chocolate” was developed by an English/American baker, Samuel German, in 1852. The Baker’s Chocolate Company used Samuel German’s creation of a dark baking chocolate to ultimately develop a recipe for a chocolate-coconut cake. On 3 Jun 1957, a recipe for “German’s Chocolate Cake appeared as the “Recipe of the Day” in The Dallas Morning News. It was created by Mrs. George Clay, a homemaker from Dallas.”

General Foods, which owned the Baker’s brand at the time, took notice and distributed the cake recipe to other newspapers and sales of Baker’s Chocolate are said to have skyrocketed. The possessive form (German’s) was dropped in subsequent publications forming the “German Chocolate Cake” identity and giving the false impression of a German origin.”

(Thanks to both Wikipedia and Der Ahnenforscher, newsletter of the German Genealogy Group (www.TheGGG.org) ……. to which you might want to subscribe iffen you have German roots and not just a love of German Chocolate Cake.0