I want to wish all our readers a Happy New Year, and hope you have a Wonderful New Year.

The Association of Professional Genealogists (APG) recently announced the results of its election for new board and nominating committee members.

Washington is well-represented at APG:

The Association of Professional Genealogists, established in 1979, represents more than 2,700 genealogists in various genealogy-related businesses. APG encourages genealogical excellence, ethical practice, mentoring, and education. The organization also supports the preservation and accessibility of records useful to the fields of genealogy and history. Its members come from all fifty U.S. states, Canada, and forty other countries. 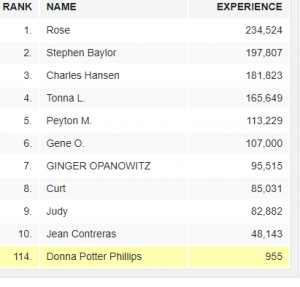 WOWSERS. I’ve gone from being number 169 on the list to being number 114. That means with my relatively puny accomplishment number of 955, I’m still ahead of lots of folks and climbing up the Getting It Done Ladder. And it feels good. I shall likely never catch up to Rose or Stephen or Charles but it surely is a warm-fuzzy feeling to be paying it forward with SCRIBE.

Are you SCRIBE-ing it yet??? 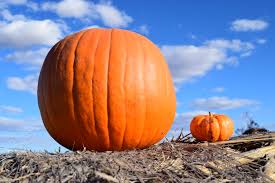 In the past, WSGS has asked for YOUR help and you have responded most eagerly and graciously and we thank you. Now we have another big need and ask for your help.

WSGS is going to partner with a Civil War veterans buried in WA website:  www.civilwarvetswastate.com.  Bruce Smith and Karyn Zielasko Weingarden have invested hours of their time and emptied their wallets to create, support and maintain this wonderful website all by themselves. Now the time has come and they are asking for help.

The website needs a website manager. This is a request from both Bruce and Karyn. They have brought it this far but their website-creator-tech-person is stepping down and they need help….our help.

If you have the skills to manage this one website, which is up and running most awesomely, won’t you please raise your hand and help us??

Please let me know, Donna Potter Phillips,  Donna243@gmail.com, and I will be intermediary with Bruce and Karyn. They will be so very grateful and so will we, the WSGS Board. 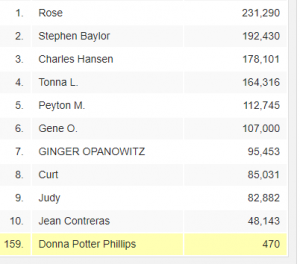 Last few dreary, rainy days I’ve been indexing Washington state records through the digital archives program, SCRIBE. As you see, I’ve done 470 names….. may seem like a lot but you’ll also notice that I’m only number 159 on the list which means that 158 folks have done way more than me.

IT’S NOT ABOUT NUMBERS…… it’s about paying it forward, making a contribution to the genealogy community of Washington state. I like the knowing feeling that I’m helping.

Big thank you to the Fiske Genealogical Foundation (aka Fiske Library) in Seattle and to Dave Brazier their newsletter compiler and editor. This blurb just came today, from the Fall 2018 issue:

Assistance in providing funds, supplies and research materials have been generously offered by many organizations and supporters. The Society is currently being hosted by the library in Hoquiam  while they work to find a permanent home.

The Fiske Genealogical Foundation Board agreed to offer GHGS whatever they wanted from our surplus book list. As it turned out, we did not have much of what they needed. Before the fire GHGS had culled their library
of all but those books dealing with the local area–indeed, the Fiske library benefitted from that redistribution. But we were able to send them a mint condition copy of the 2-volume Lewis County Centennial History and a book on early schools in Washington State.

Beyond books, the most serious losses were approximately 22,000 copies of area obituaries, 200 binders ofvfuneral home records dating from 1907 to 2015, unpublished local history and responses to queries.

Research volunteer Bonnie Johannes reports: Since 2011 I have done most of the researches for GHGS. Fortunately, I’ve kept a log (short notes of
each request along with post or e-mail addresses). It will not surprise me that I’ve done 350-400 from likely every state in the union and several from Europe. We did lose all the copies of those researches in the fire along with all others that were done previously. It was a packed 4-drawer steel
cabinet. I am in the process of contacting as many of these past clients as possible to have them copy the documents that were sent them and return to us. We will be digitizing all from now forward.

If you have research, obituaries or family histories from the Grays Harbor area, please contact Bonnie via info@graysharborgenealogy.com . Grays Harbor Genealogical Society meetings are currently held at the
Hoquiam Timberland Regional Library meeting room at 420 7th Street, Hoquiam, Washington. Visitors are always welcome. The GHGS website is at http://www.graysharborgenealogy.com/index.php

What can all genealogical societies in Washington learn from this disaster? Think seriously about this…………. 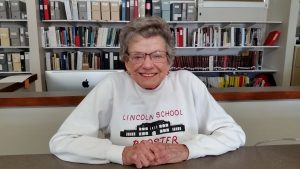 Virginia DeVine Fitzpatrick was a charter member of WSGS way back at the 1982 meeting in Olympia. When I asked her “”why did you join WSGS?” She answered she’d been active in the Clallam County Genealogical Society and Historical Society and she, along with like-minded others, felt a state society would be a good thing. Virginia was one of the first Regional Reps and she remembers “driving all over this half of the state.”

Virginia has a most interesting genealogical history and most of it in Clallam County, Washington. Her widowed great-grandmother, Willie Ann (McCormick) Stewart, came to Port Angeles in 1896 along with her son, George, and daughter, Kate. “They came from the Midwest and I’ve never been able to learn why they came way out west to Port Angeles…that was a very long and very hard trip, no doubt. Mr. Stewart was a Civil War veteran so perhaps that had something to do with the facts,” Virginia recited to me. That daughter, Kate, married Horace White in 1901; he was the first mayor of Port Angeles. Their daughter was Willie Virginia White, born in 1903 in Port Angeles, who married Harry Edward Devine in 1926 in Port Angeles. Their daughter was Virginia Devine, born in 1930 in Port  Angeles, who married Michael Fitzpatrick.

I salute Virginia DeVine Fitzpatrick as a 4th-generation “pioneer” in Clallam County and as a Charter Member of the Washington State Genealogical Society. 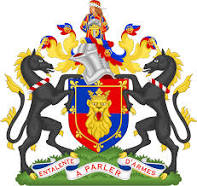 Janette and I are long-standing members of the Eastern Washington Genealogical Society and over the years we have compiled seven books on the history of our families.  One of those books dealt with the heraldry of my ancestors.

Recently I prepared a presentation on what I learned about heraldry at one of our society’s annual workshops.  The focus of this presentation was, of course, all about heraldry, but also how the genealogist/family historian might be able to use heraldry to learn more about their ancestors.  I use many examples from a ten-year search of my ancestors’ crests and coats of arms and what the many images, forms, and colors mean.

We are offering to share this presentation with other family history/genealogy-based societies and groups.  It is easily one hour or longer in length depending on interest and questions and I bring along our own overhead projector.

We are willing to travel up to 200 miles from Spokane to share information on this exciting topic and there is no fee.   A two-page summary is provided on request.