Perhaps this will be a “mystery solved” post for you all. Have you, like me, seen small stones places atop of tombstones or other grave markers? Know why that is and how the custom began? Apparently it’s an ancient Jewish tradition to put a small stone on a grave as a token of remembrance. Case in point, the grave of Oskar Schindler in Jerusalem:

When you next visit a cemetery and observe small stones on graves, or think to leave one yourself on the marker for a loved one, remember why this is. And perhaps remember Oskar.

According to a recent bit in my paper (“Washington Legislature in Brief”) our Washington legislators “could declare the razor clam the official Washington state clam, if it can bet back an upstart challenge from the geoduck.”

This is a razor clam. I Googled images of both razor clam and geoduck and didn’t see a whole lot of difference in size or looks.

Yes, it’s a mystery to me why our paid-public-legislators, who have more vital work to do than they will ever have time for, are made to consider such interesting but non-essential stuff.

Back in 1918 Rose Kempf was murdered at her home in Readan, west of Spokane on Christmas day. The Spokane newspaper of the day ran tidbits on the story for days and clear into January 1919. Seems one William Delaney gave some strychnine-laced candy and then carefully tossed the rest of the box into the stove when Rose noticed that “the candy tasted bitter.” Seems that Rose had a suitor, Karl Reiniger, who was soon to come home from the Navy to marry her and jealous William just couldn’t handle it. While the case was closed and never proven, circumstantial evidence surely pointed to Delaney. Think of all the mysterious deaths of the past when, without forensics, the real reasons were never discovered.

She lies sleeping in the Reardan Cemetery; rest in peace, Rose.

Today’s mystery is a “horse of a different color,” as is said. A friend told me that the Color of the Year for 2019 is Living Coral.

Sez who? How come? And who cares?? Gonna repaint your living room, redecorated your bathroom or buy a whole new wardrobe in fabulous Living Coral? Doubt.

As the New Year begins, I wish to thank all of you, dear readers. It’s a continuing “mystery” and source of wonderment to me that you still think my ramblings are worth your time.

Here’s a big Thank You Cake (non-calorie, gluten-free) for each of you! Thank you, thank you!! 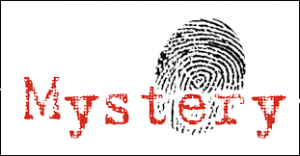 Okay, you travel detectives, where is this? And what is this? 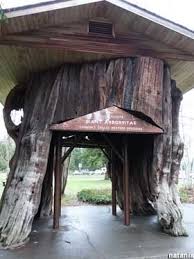 If you travel north on I-5 and take exit 207 (just north of Marysville) you’ll see this relic of the past……………a stump house!

Yes, in days of yore in Washington, when logging was king and giant cedars trees prized above all, the cutting of these woody monsters left huge stumps. These stumps were often hollow in the middle and so all an enterprising settler needed to do was put a roof over the stump and viola! Home sweet home. Kinda. Sorta.

Google the words “stump homes Washington” and then images, and you’ll be amazed at those old images of our pioneer ancestors’ ingenuity. 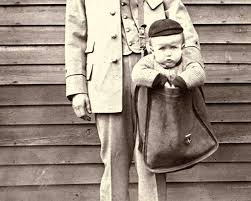 To me, and perhaps to you, this is a real mystery………. but a non-genealogical mystery. 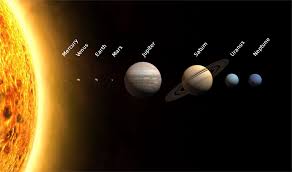 We’ve been watching a good many TV shows about space and the mysteries thereof. There have been several shows exploring the dynamics of each of our planets in turn. All have been fascinating.

The mystery here to me is this: If we were to think of them as siblings, all created to be part of THIS solar system, then why are they so very different??

A mystery for you to ponder upon as you pause before sliding into the holiday frenzy, eh?

Did you know that if Benjamin Franklin had had his way, the turkey would be our national bird and symbol and not the eagle? Quoting from HISTORY News post by Christopher Klein, 16 Nov 2016:

“The story that Franklin proposed the turkey as the national symbol began to circulate in American newspapers around the time of the country’s centennial and are based on a January 26, 1784, letter in which he panned the eagle and extolled the virtues of the gobbler to his daughter, Sarah. In doing so, though, he was not delivering a critique of the Great Seal but a new medal issued by the Society of the Cincinnati, an association of Continental Army veterans. “For my own part I wish the bald eagle had not been chosen as the representative of our country,” he wrote. The Founding Father argued that the eagle was “a bird of bad moral character” that “does not get his living honestly” because it steals food from the fishing hawk and is “too lazy to fish for himself.”

“In contrast, Franklin called the turkey “a much more respectable bird” and “a true original native of America.” While he considered the eagle “a rank coward,” Franklin believed the turkey to be “a bird of courage” that “would not hesitate to attack a grenadier of the British Guards who should presume to invade his farm yard with a red coat on.” While the private letter was a spirited promotion of the turkey over the eagle, Franklin never made his views public, and when the chance had been given to him to officially propose a symbol for the United States eight years earlier, his idea was biblical, not avian.”

Names. Names are all-important in doing genealogy. Where did our ancestors get their names……… or our names?  Surnames just came with birth in most cases but many times were changed somewhere along the way to adulthood and for a hundred reasons.

What about first names? Our ancestors didn’t have the “search for baby names” on the Internet or even baby-names books (pre-dating the Internet, right?). They had the Bible. That’s why so many of our ancestors have biblical names.

My lineage includes a distant uncle named Deloss Carr, 1876-1954, born and died in the midwest. Always thought that was an odd name and was fairly certain it was not a Bible name. Then, WOW. Doing some SCRIBE indexing, I came upon a Deloss Clement, born in 1907, enumerated in the Yakima county school census.

So I asked Grandma Google for the meaning or origin of that name and by golly, I stumped her. She had no clue except to state that it was a male name.

Anybody else have a Deloss in their family??? Any clue as to its origin?