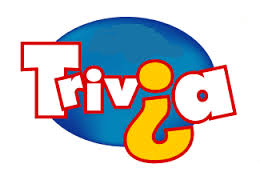 Wheat. Other than eating it, what do you know about wheat, especially Washington’s wheat??

There was a big article titled “Growing Grains,” all about wheat farming in eastern Washington, in last Sunday’s SpokesmanReview newspaper. The article began:  “Long before Boeing, Microsoft, Starbucks or Amazon, Washington was known for world-class agriculture. Our soil’s ability to grow so many types of crops makes it one of the nation’s most important farming states.”

Here are some statistics: There are “hundreds of varieties of wheat but they can be classified into six categories: Hard Red Winter, Hard Red Spring, Soft Red Winter, Soft White, Hard White and Duram. The major difference is the protein content and the gluten toughness.” These differences make the difference in bread, bagels, pasta, etc.

Washington beats out the other Northwest states in the number of bushels produced; some 157,200,000 million bushels last year. Some 79% of our wheat is white; and we are fourth on the list of Top Ten Wheat producing states but we exceed nine of them in “average yield of bushels per acre.”

Picture a big semi-circle drawn around the southeastern corner of Washington, encompassing parts of 17 counties; that’s our Washington wheat growing area. This really is a big deal.

Our Washington wheat is exported to markets mainly in the far East….. to the Philippines, Japan, South Korea, Thailand, Indonesia, Taiwan, Vietnam and Guatemala and even Yemen.

As you peanut-butter your bread for lunch, do thank a Washington wheat farmer. We’re tops!