Emil Albert and Stella Veva Gehrke had lived in the Grand Coulee area since 1958. In 1965 Emil began his unusual occupation of making windmills from scrap metal. The couple traveled some 62,000 miles picking up thrown-away materials to create over 500 windmills, whirligigs, and merry-go-rounds in their yard. Emil died in 1979 and Stella followed in 1980. Some 120 of their many windmills were acquired by the town of Grand Coulee and are displayed at North Dam Park as a memorial to the Gehrkes.

I visited this unique Washington garden last weekend and signed the guest book…. bottom photo…. even the guest book cover is made from an old rusty 8×11 pan. Do  stop whenever your travels take you through Grand Coulee. You will enjoy seeing this, I guarantee. 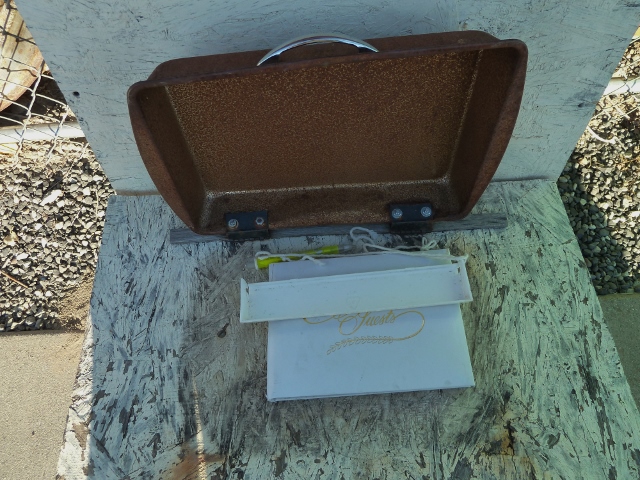