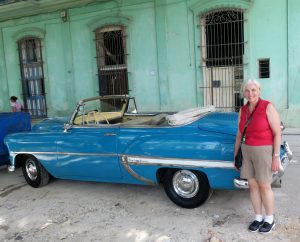 In today’s “Meet the Board” series, we’re introducing you to Roxanne Lowe. Roxanne lives in McCleary (Grays Harbor County) and is WSGS’s web manager, on the blog team. Previously, she served as the Recognition Chair. She has been a member of the WSGS since 2008. She was named as a WSGS Outstanding Volunteer in 2010. She’s a proud, long-time member of the Grays Harbor Genealogical Society, serving as president and newsletter editor of the GHGS Family Tree Searcher newsletter. 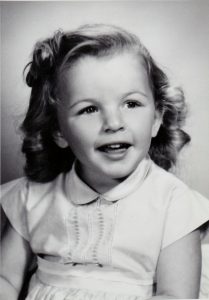 Roxanne was born in Aberdeen, Washington in January 1955, the first child of George and Patricia (Murphy) Ferbrache. She is the great-granddaughter of Patrick Murphy and Mary Donovan who moved to the Chehalis River Valley in the spring of 1888 from New Brunswick, Canada.

Roxanne’s interest in genealogy began as a child. Her paternal grandmother gave her a written family history, loaded with names, dates and locations. It was many years, however, before Roxanne learned enough about genealogy to realize that:

• Ferbrache may be spelled a multitude of ways.
• There may be more than one (or two or 10) Daniel Murphy’s, Lawrence Ryan’s – and even Thomas Ferbrache’s.
• Middle names are not a big deal in her family (Roxanne doesn’t even have one).
• Her descendants moved around – a lot – with little or no regard to leaving a paper trail.
• Whoever wrote that family history was a creative writer. 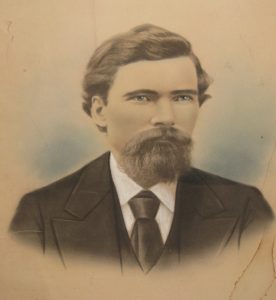 Fortunately for Roxanne, she joined the Grays Harbor Genealogical Society who taught her a thing or two about genealogy research. She’s attended many conferences, workshops and seminars – learning something new at each. She’s even traveled to Ireland and New Brunswick, Canada looking for Murphy’s and Ryan’s. Next on her travel wish list is to go to Guernsey in the Channel Islands (with side stops in London and Normandy) to visit her Ferbrache ancestral land.

Roxanne retired a few years ago from the Washington State Auditor’s Office in Olympia. She had previously worked for Governors Gregoire and Locke as a project manager on the welfare program (TANF) and performance measure program (GMAP) . When not searching for her family history, she enjoys scrapbooking, quilting, sewing, machine embroidery and just about every other paper and fabric art. She and her husband Gary have five children and nine adored grandchildren. You can often read about Roxanne’s fun-filled adventures with her grandchildren on her Facebook page.

Now you know a little more about another of the WSGS Board members. The next time you see Roxanne say hello and thank her for her service to WSGS.

2 comments on “Meet the Board: Roxanne Lowe”