My sister Jacque had set the alarm for 5 a.m. but I woke up just before the alarm went off. Our air conditioner was working good, so good we had turned it so it was not so cold. Got up checked my E-Mail and blogs and even had a few minutes to digitize a few records for Scribe at the Washington State Digital Archives. Took all my morning and noon pills and headed for breakfast. Jacque had called on Monday to confirm our reservation and to  see what our complimentary breakfast included, but we had found out while waiting for our room to be ready the day before that the complimentary breakfast was no longer being offered even though the sign by the restaurant entrance said complimentary breakfast when we went in, but was turned around when we left. 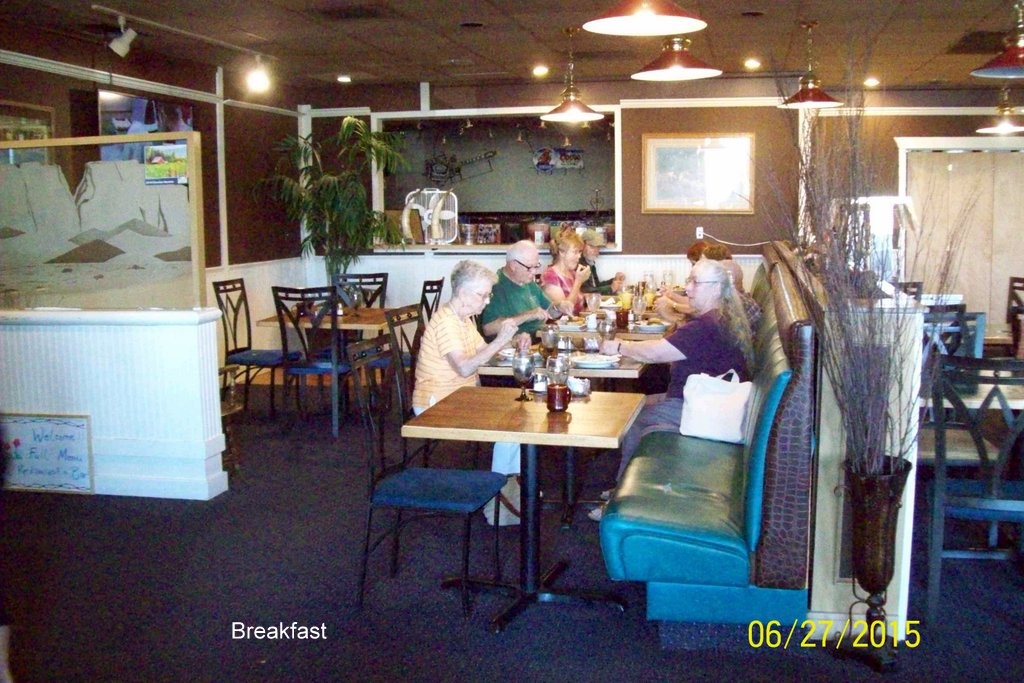 Registration was open just after breakfast. 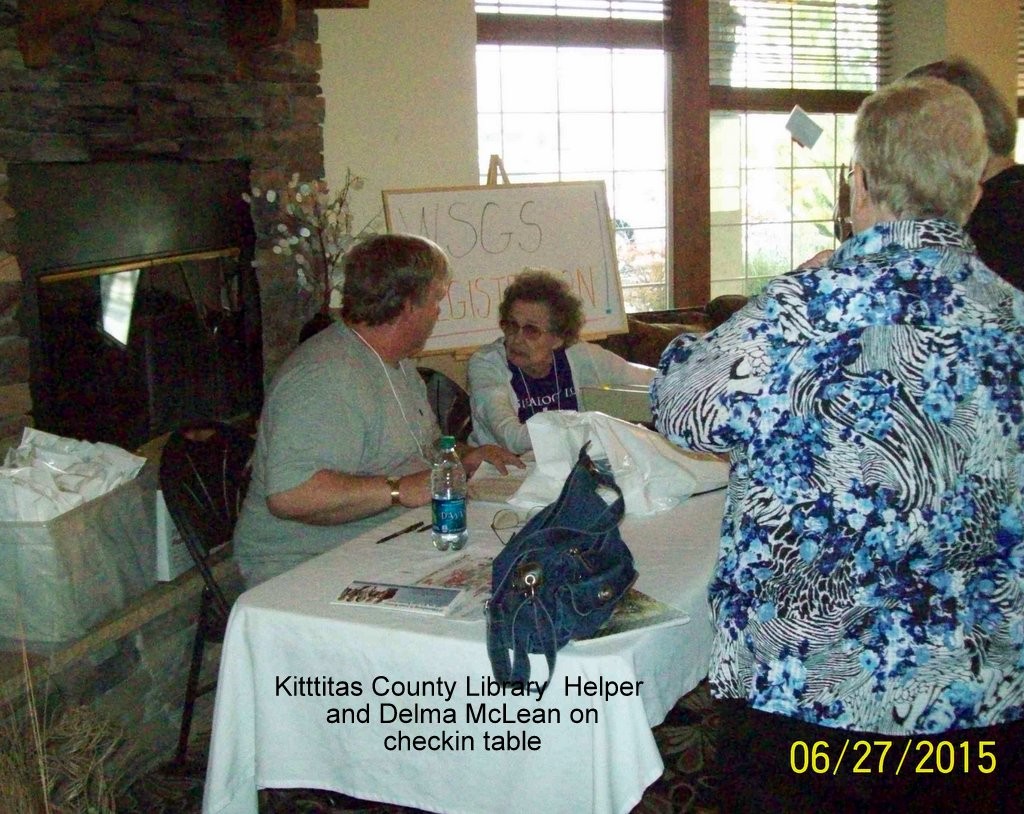 People finding a seat before the conference started. 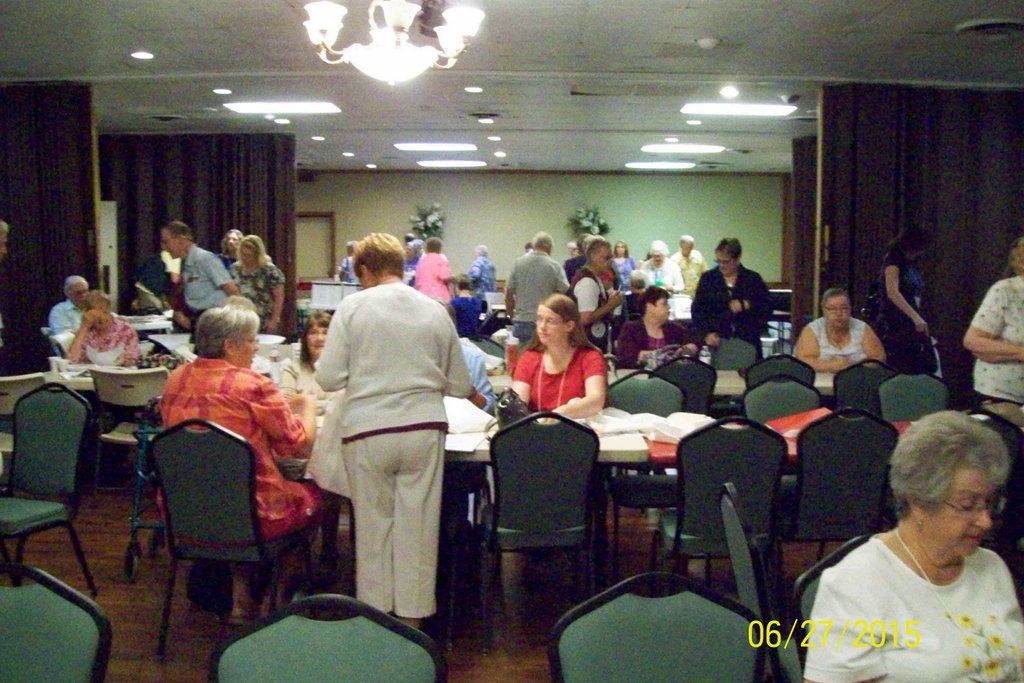 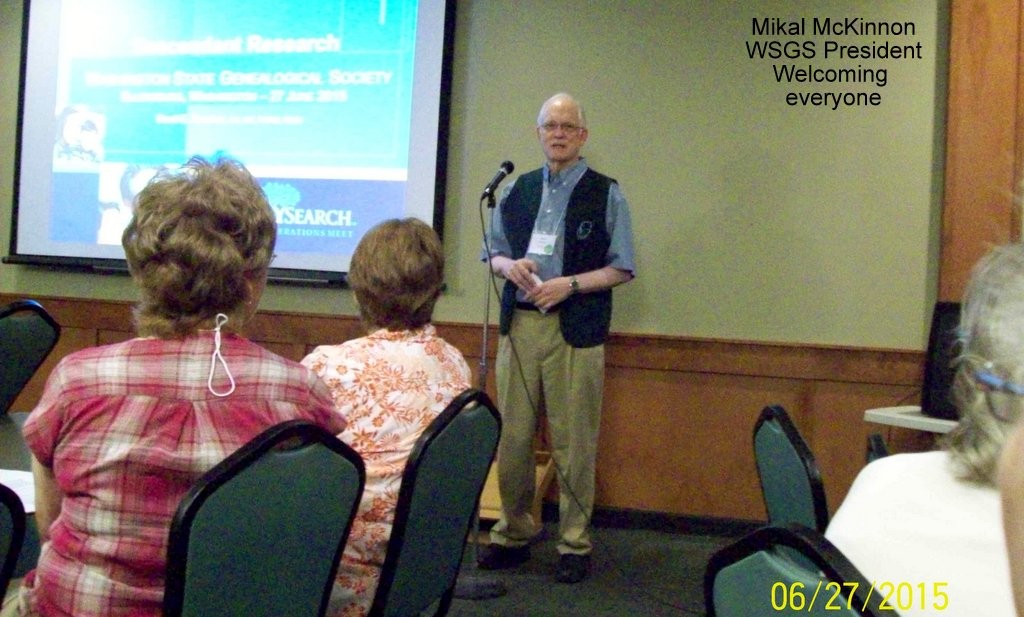 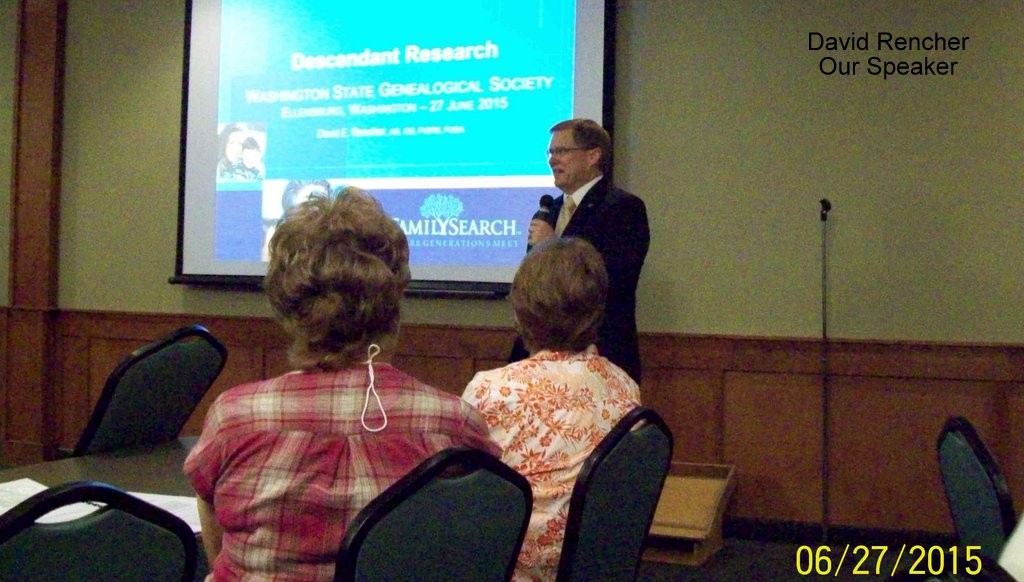 Roxanne Lowe my fellow blogger taking a lot of photos. 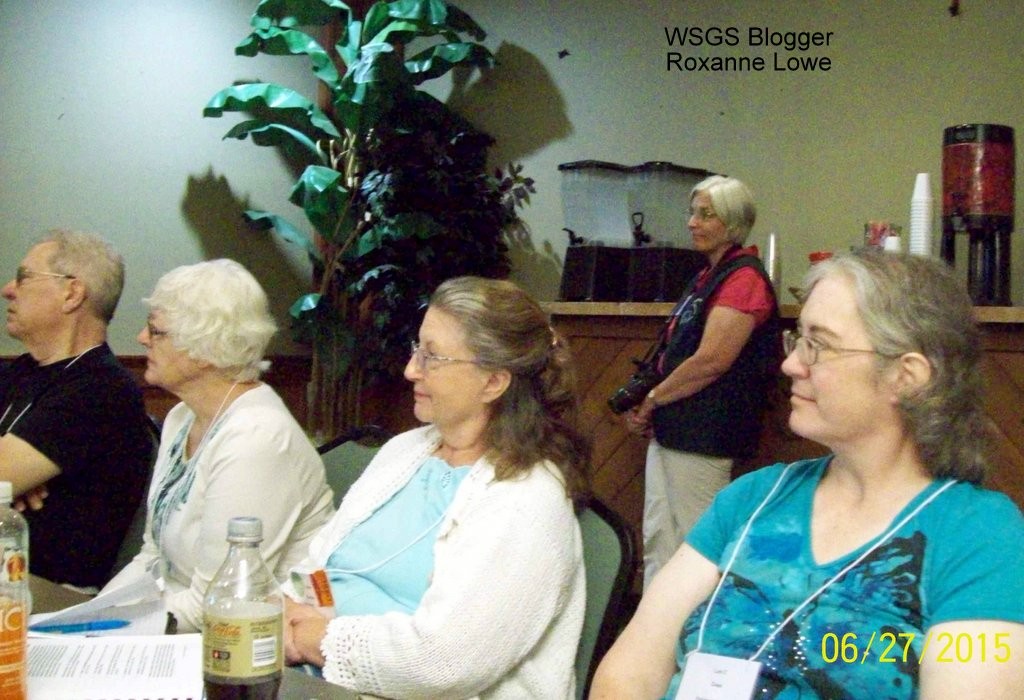 We were getting a box lunch, and the line was pretty long, but the tuna sandwich was good. 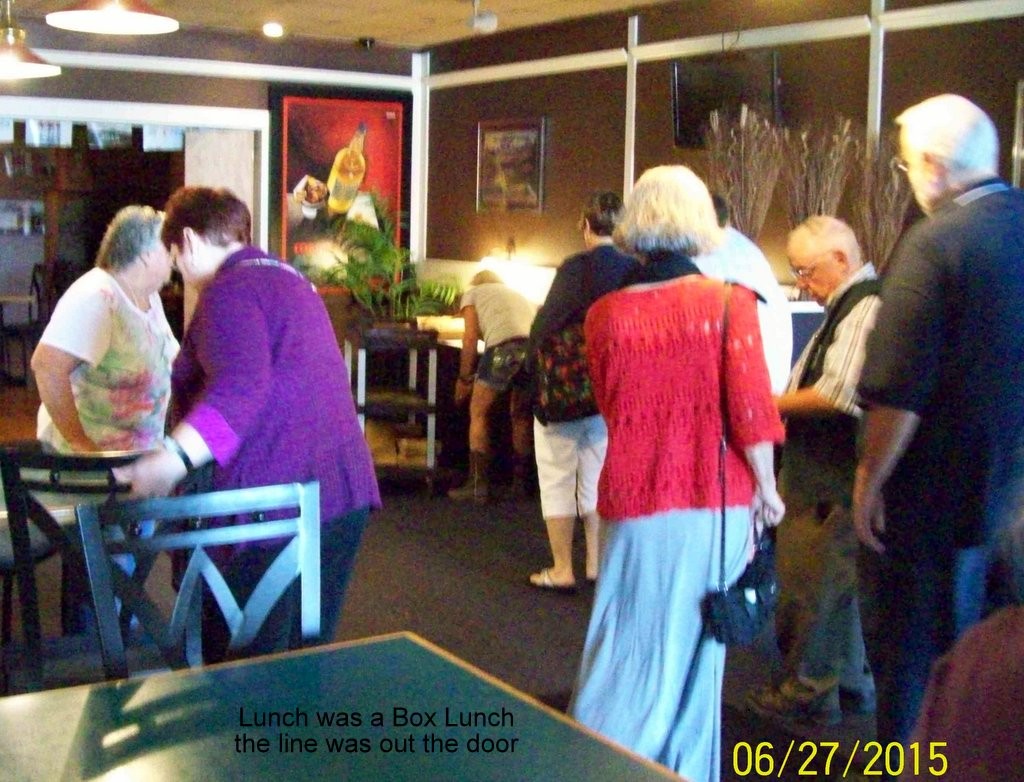 After Lunch was the annual WSGS meeting and then the awards for volunteers, communication, innovation, and the Presidents Award. 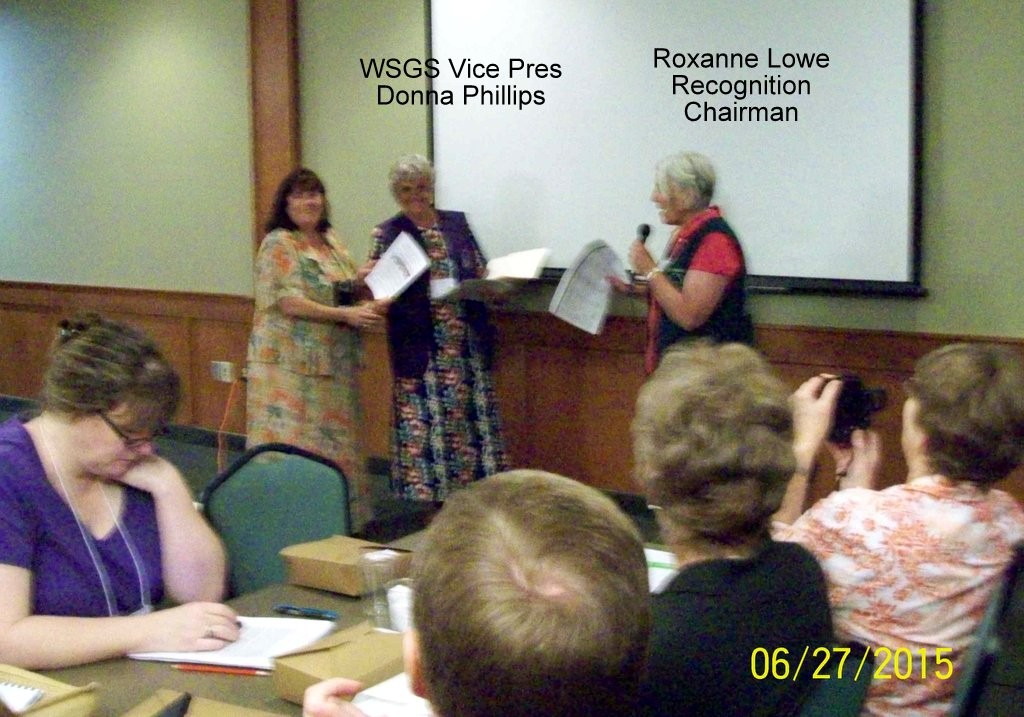 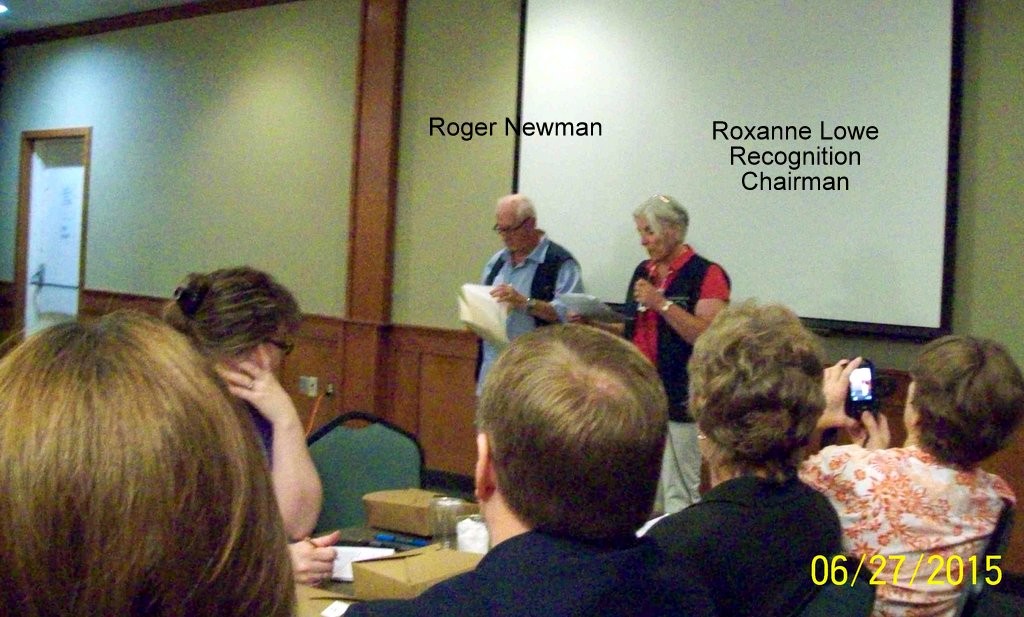 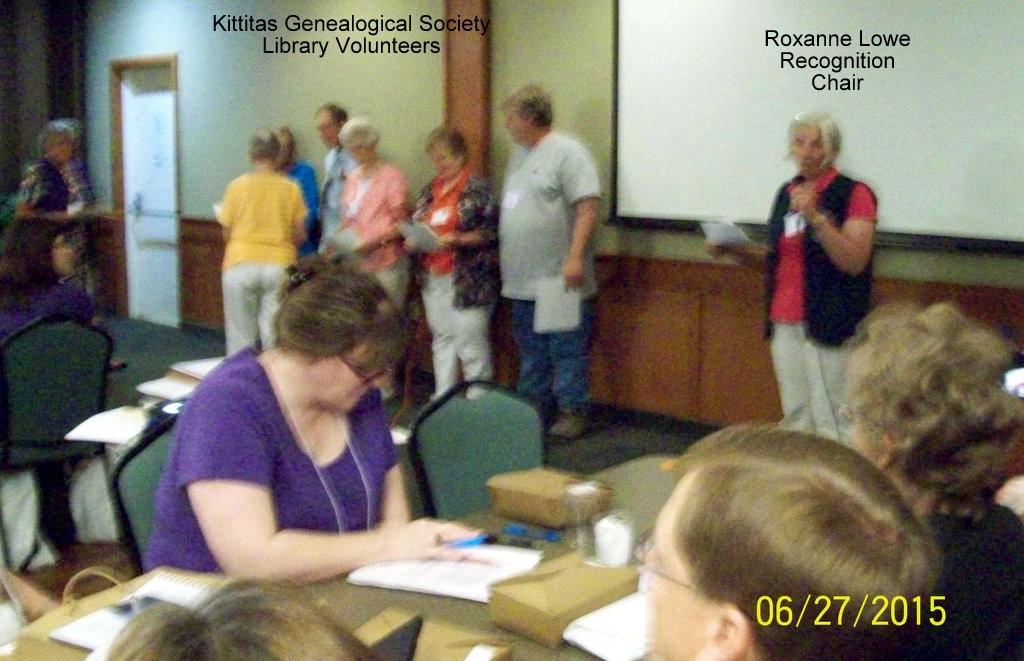 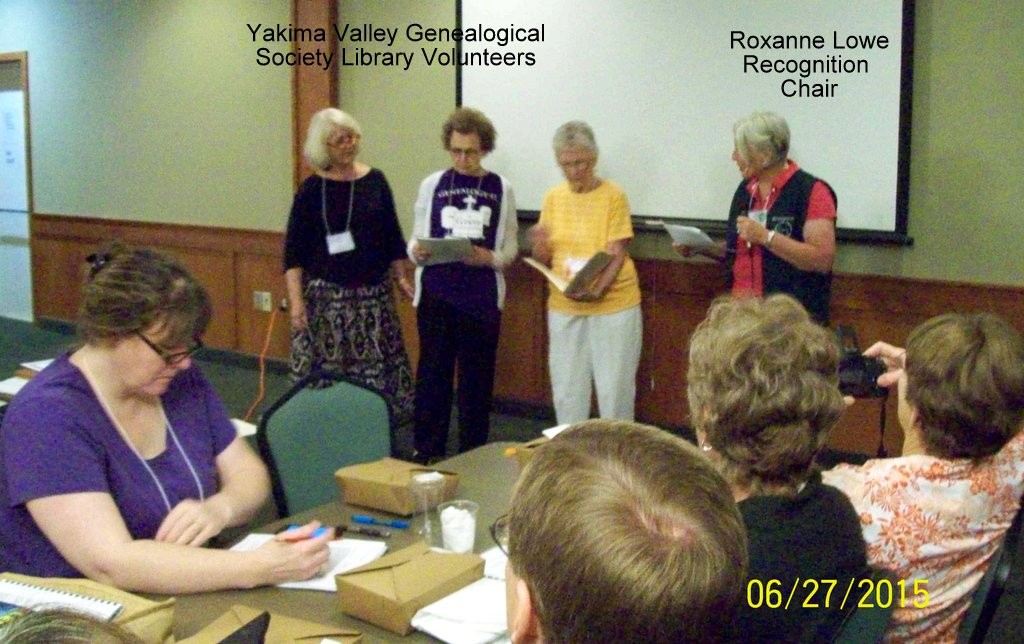 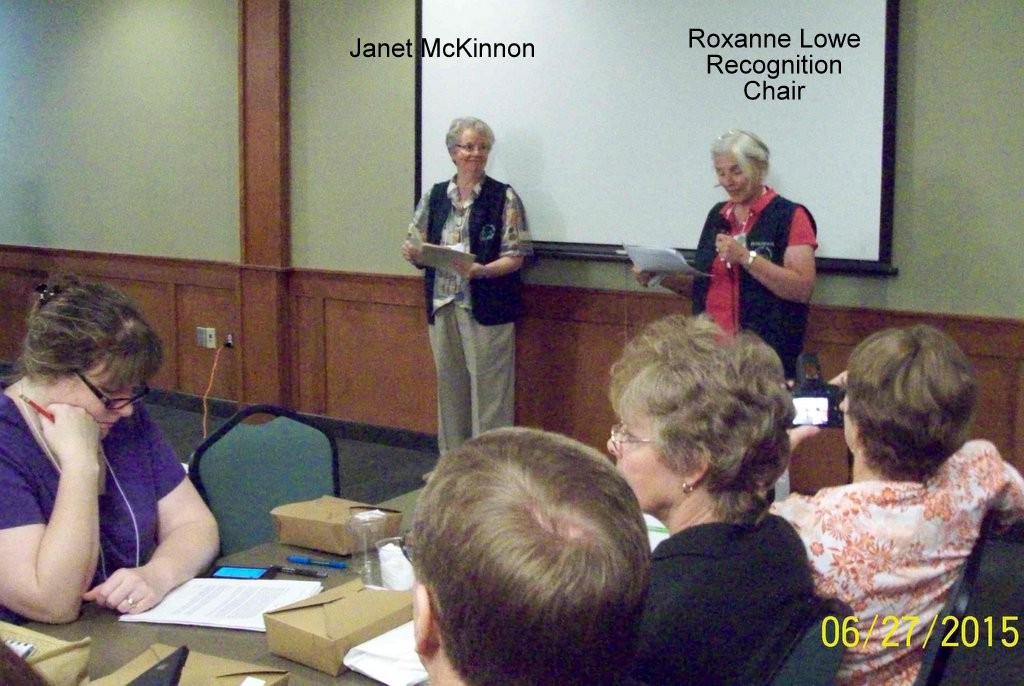 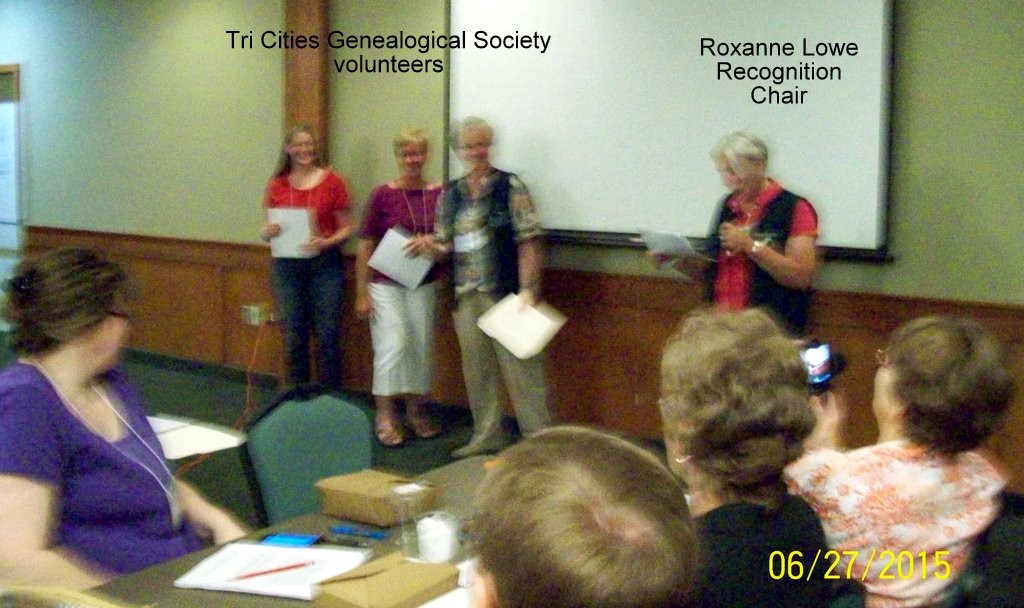 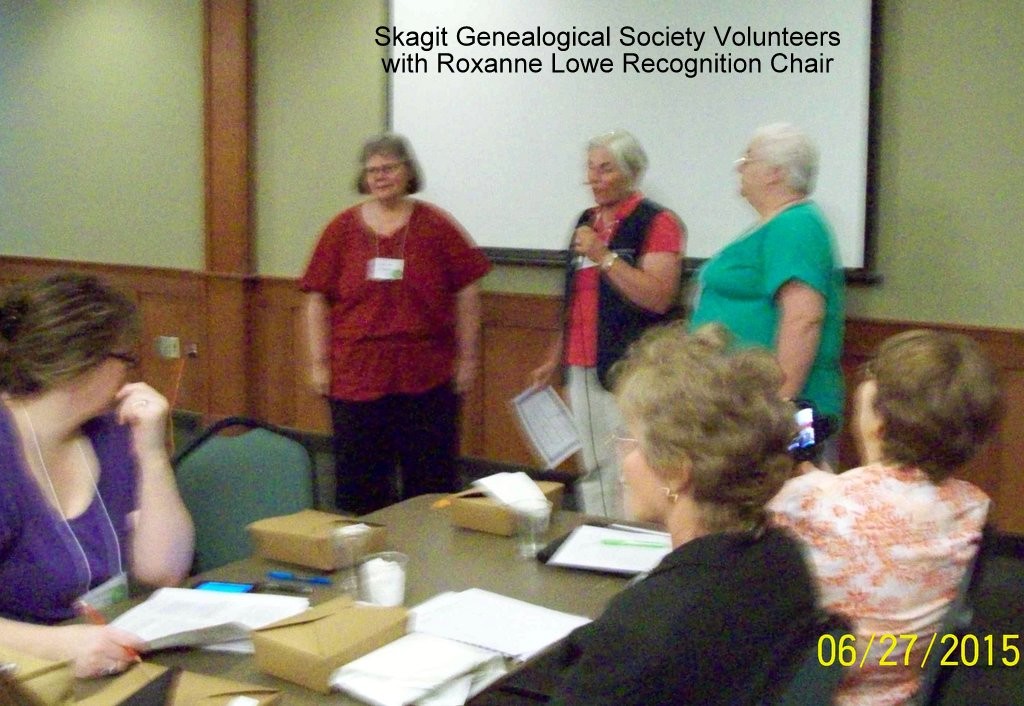 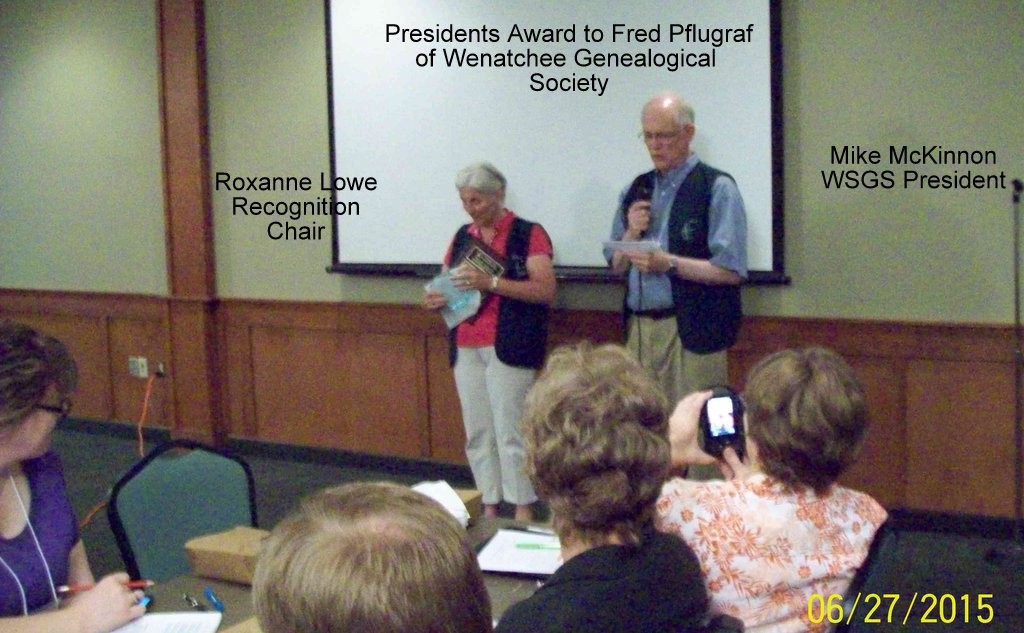 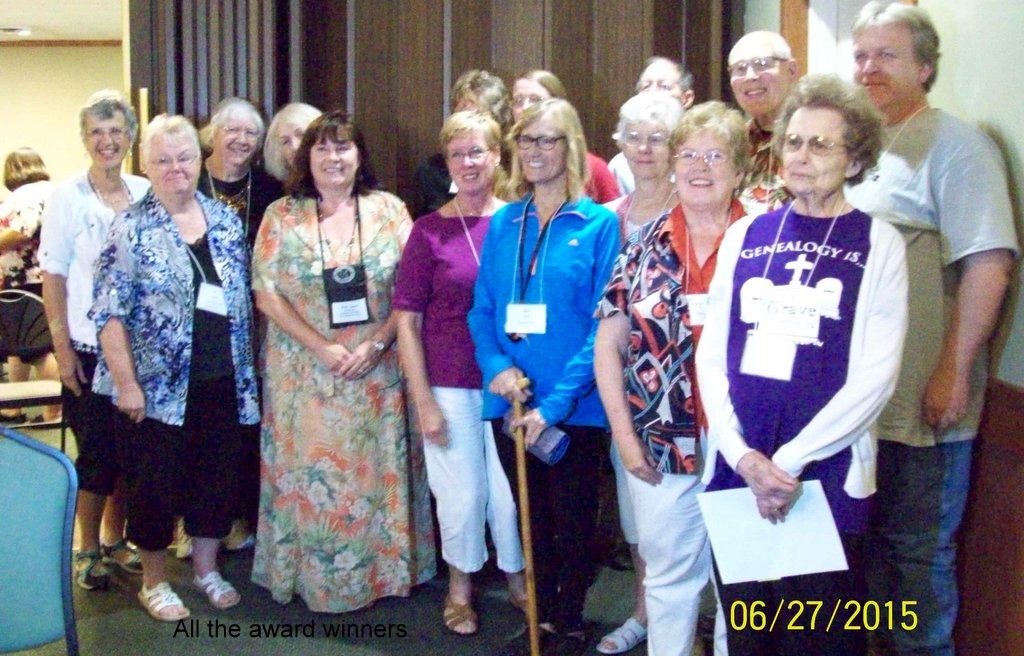 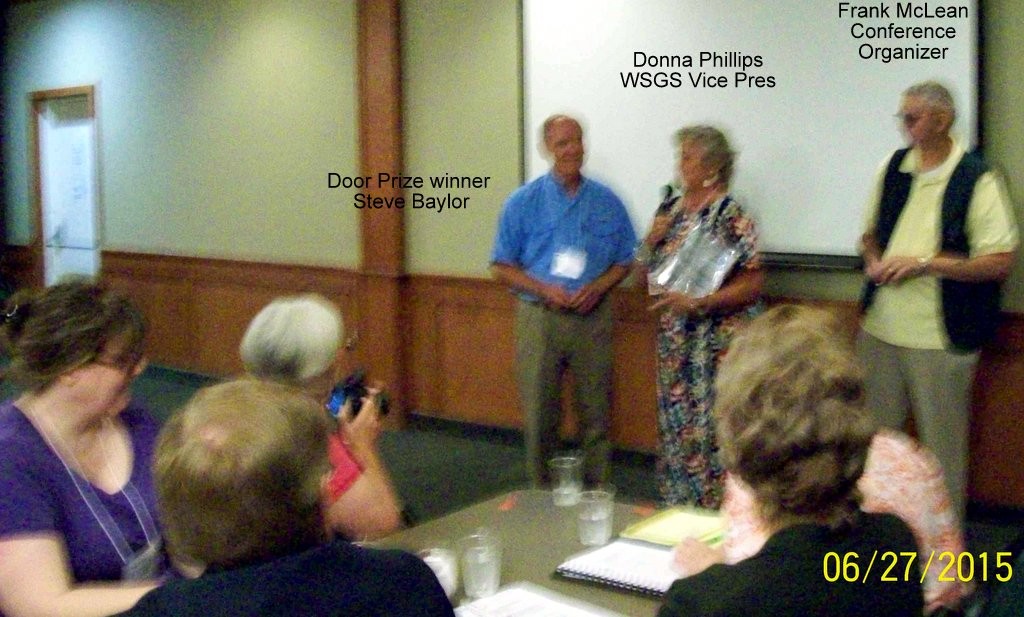 After the last presentation by David Rencher, we headed for the HOT car and then on to Wenatchee to see our cousin Clara Watson.

She is in a nursing home in Wenatchee and her daughter Becky was there also. That was a big surprise as she lives in Las Vegas.

Got home and was surprised that the pie cherry tree was about half ripe, so picked about a gallon of pie cherries.