“How to Use Family Search” will be the topic presented at the February 4th  meeting of the Kittitas County Genealogical Society (KCGS).  Chris Fowler will be the presenter at the 7 pm meeting held at the society’s Library at 413 N. Main in Ellensburg.  Some of us have never used Family Search, so Chris will give us some of the basics, plus update us on what is new.  Guests are welcome to attend this presentation.

In addition, KCGS is proud to announce that their new website at www.kcgswa.org is now up and running.  We have become another of the websites developed by EasyNetSites.com and proudly join with other WA State genealogical sites connected with EasyNetSites. 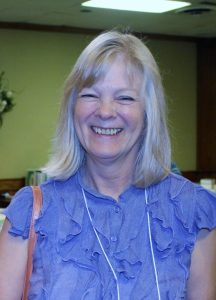 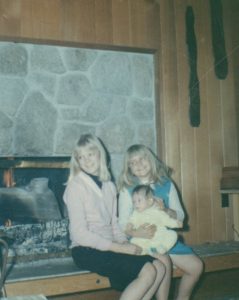 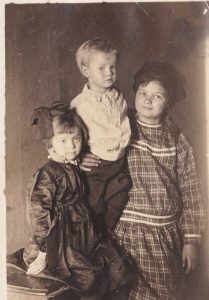 The KCGS will continue the tradition of having an annual holiday dinner. It is now planned for Monday, December 4, at 6 pm, at the First Methodist Church.The meal is prepared and served by members of the church and will cost $14 this year. The event usually includes musical entertainment and sharing of small gifts. Members and guests are welcome to attend. Reservations are due by Nov. 27 and may be made by mail—to 413 N. Main, Ellensburg, 98926 or by calling the library during office hours—Monday to Wednesday from 10am to 4 pm.

Our next meeting on Monday, May 1, will feature two shorter programs, The first “Removed Cousins” by Erik Bakke to help explain how the cousin relationship is determined. Mary Christensen will present a talk about “The Doukhobors, Russian Immigrants to Canada.”

Refreshments by Bob and Nancy Wieking.

Warren Street of CWU will tell us stories of His Grandfather in Kansas, gleaned from diary entries

refreshments will be provided by Jenny Jones and Ruth Miller.

(I think that link is freely available to all, but possibly you have to provide email address and password the first time you use it) tells of TV-type instruction in various family history subjects—especially at the bottom under NORTH AMERICA

I tried to show mostly classes always available; although they have ( under UPCOMING CLASSSES) brand  new classes, which are only available on a specific date and time

Dr. Sharon Rosell, faculty member at Central, will present our program “The Orphan Trains, The Greatest American Migration,” at the March 6 meeting.

Refreshments will be provided by Bill Bowden and Erik Bakke.

REFRESHMENTS BY Linda Bissonette and Patricia Mittness are signed up for Feb. 6. The program by Bob Kibler, “Writing a Book on Local History.”

For our Monday January 9th meeting program, I am asking all attendees to bring a small sheet of paper or 3×5 card with your name and ONE genealogical item you will resolve to search for in 2017. Even those not able to attend might want to do this.

Maybe you will choose something like “find great-grandma Smith’s father’s name”, or “when was Great-grandpa Brown born”, perhaps “find the will of Great-uncle William”. Just ONE goal for the year. Hopefully, that will get us each moving forward on our research for 2017. We will share what we want to search for and why we want to find this (requests for ideas of where to look may be made), then I will collect the sheets/cards which we will use again late in the year to check our progress!

See you at the January meeting!

Write our 2017 goal to learn more about that ancestor

In addition, Bob Wieking (actually Nancy) will be providing our refreshments