Since 2003, the Washington State Genealogical Society has recognized almost 500 outstanding volunteers and teams, nominated by their local society or genealogical organization for their service and dedication. These volunteers are the backbone of their local society, giving their time and expertise, to the organization and the field of genealogy. In the coming months, you will be introduced to each of the 2016 award recipients and learn why they received the 2016 WSGS Outstanding Volunteer and Team Award. 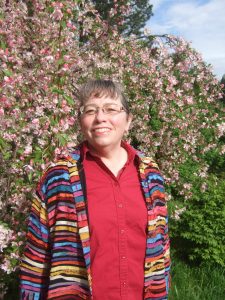 Today we’re introducing Sue Rogers Kreikemeier of Garfield, Washington, who was nominated by the Whitman County Genealogical Society (WCGS). She was recognized for her many years of dedicated service to the society.

Ms. Kreikemeier first became interested in genealogy while still small enough to perch on her Grandma Rogers’ knee, listening intently as her grandma told wonderful stories about their large extended family. While a relative newcomer to Whitman County, having arrived in 1977, Ms. Kreikemeier delights in learning about local families and their histories on the Palouse. Since joining WCGS in 2008, she has served as president (since 2011), program chair and become involved in planning programs and seminars.

Ms. Kreikemeier finds delight in connecting with anyone interested in genealogy and engaging them in the activities of WCGS. Her humor, laughter, and can-do attitude bring joy to all around her and illustrate that she richly deserved being a recipient of a 2016 WSGS Outstanding Volunteer Award.

For more information on the WSGS Outstanding Volunteer Award program, visit the Recognition page of the WSGS website or contact Roxanne Lowe, Recognition Chair, at Roxanne@thekeeffes.com.

Welcome to the new year of Whitman County Genealogical Society –our 33rd!  Thank you to everyone for their support of our group.  Please note our annual meeting isWed., Oct. 26, noon at the WCGS library, Gladish Community and Cultural Center, 115 NW State St., Room 103A, Pullman.  All are invited to attend.

One of the agenda items will be the presentation of the ending budget for 2015-16 and the new budget for 2016-17.  The sale of our newest publication has been a big success.  Thank you to those who purchased a book or CD.  We still have some for sale if you would like to purchase one.  Information is in the newsletter.  Monica Peters

From South, continue on WA27 (ignore the bypass) to enter Pullman, turn right onto Bishop Blvd at the first stoplight (about 1.2 miles).  Proceed on Bishop through the next two stop lights (about ¾ mile) then turn left into Ridge Pointe and hang a tight left onto Fancy Free Drive.  The clearly marked Clubhouse will be around the bend and on your right.  It is two miles from the bypass).  Ridge Pointe entry is directly across from the emergency entrance to Pullman Regional Hospital.

Directions from East:  Enter via 270 Pullman/Moscow Highway.  Turn left at the Bishop Blvd intersection and stay on Bishop as it winds past the river and curves up the hill.  Turn right into Ridge Point community.  The turn is directly across the small sign marking the emergency entrance to the hospital.  It’s about 8/10 mile from the turnoff from 270.

Parking:  There are spaces in front of the clubhouse and a few across the street.  Also a group of about six spaces on the left at the dead end of Fancy Free at the next left.

is pleased to announce the publication of a new book

The 243 page spiral bound book with laminated covers compiled by Mary Bybee Simonsen in cooperation with WCGS, contains 194 pages of gleanings, plus an index of over 5,000 different names.  There were many newspapers in Whitman County from 1877-1886, but most gleanings were extracted from the Palouse Gazette, the Washington Democrat (both Colfax, W.T. newspapers), and the Palouse News (a Palouse City, W.T. newspaper), plus a few other area newspapers.  The extractions were done from microfilm at Washington State University Holland Library in Pullman, WA.  Every readable issue of these newspapers during this time period was reviewed for possible gleanings.  Most gleanings are from records, such as births, marriages, divorces, deaths, and land records, plus other interesting items related to the area.   Some articles, especially land records, were too faint to read, so the gleaning was edited.  Full articles may be read at a facility having these microfilmed newspapers.  A sample page from the book is printed with this flyer.

SPECIAL PRE-PUBLICATION PRICE
$20 PER BOOK
IF ORDERED AND PAID BY
SEPTEMBER 30, 2016

SAVE THE DATE!
Your WCGS is planning a “summer gathering” on Saturday morning July 9. We will meet at 10 AM to tour McConnell Mansion, 327 E. Second in Moscow, Idaho, followed by a tour of the Latah County Historical Society Centennial Annex across the street. After these tours those interested can
plan lunch together. 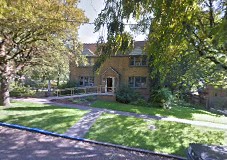 When one lives in a place near a state border, it is always good to check out
resources across the state line. Many times there are birth, death, marriage and land records just across the border. A good tip to remember wherever you are researching!

Hi, all,
Attached you will find information about our spring seminar, which is FREE!  In addition, we will have goodies to munch on!  We have an exciting program planned with Charlotte Omoto speaking on DNA, and Matt and Sheli Carroll speaking on Irish Research.  Mark your calendar for Sat., April 30, 9 – 12:15, Bishop Place, Pullman.  We would like an RSVP by April 15 so we can plan for the number of handouts, snacks, etc.  Walk-ins are welcome, however.  See the flyer for how to RSVP and for further details on the seminar.  We look forward to seeing you there.  Monica Peters, WCGS Corresponding Secretary
Spring Seminar flyer 2016 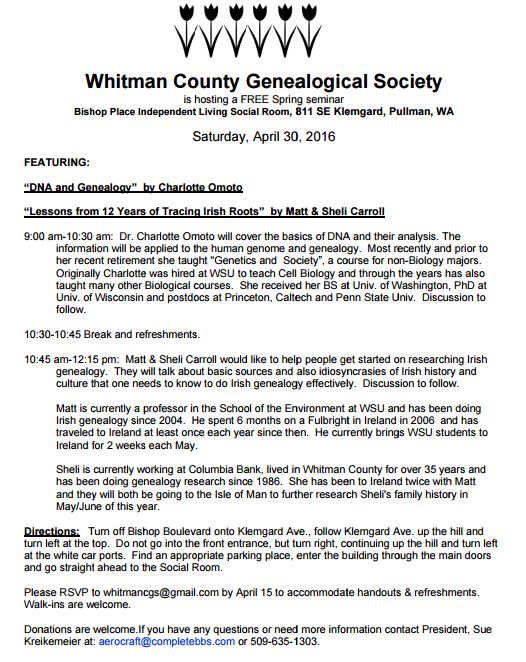 SAVE THE DATE We will have a spring program on Sat., April 30 in the morning at the Social Room of Bishop Place Independent Senior Living, SE 811 Klemgard, Pullman. An exact time will be announced in the next newsletter. One of the speakers will be Charlotte Omoto, on the topic of DNA research. Watch for further details.

Since 2003, the Washington State Genealogical Society has recognized more than 450 outstanding volunteers, nominated by their local society or genealogical organization for their service and dedication. These volunteers are the backbone of their local society, giving their time and expertise, to the organization and the field of genealogy. In the coming months, you will be introduced to each of the 2015 award recipients and learn why they received a 2015 WSGS Outstanding Volunteer Award.

Today we’re introducing Wanda Burke Alderman of Steptoe, Washington, who was nominated by the Whitman County Genealogical Society (WCGS). She was recognized for her exceptional efforts to preserve important historic images and records in the Whitman County area. 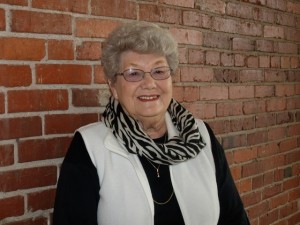 Ms. Alderman has been instrumental in preserving the heritage of Whitman County for Washington State’s Rural Heritage Collection. Working with the Whitman County Library for more than six years, Ms. Alderman has located images, interviewed contributors, documented critical cataloging information, and provided community programs. Thanks in large part to her efforts, the collection now contains more than 3,000 images and is the most popular in Washington State averaging 4,500 site visits per month.

Ms. Alderman has also volunteered for Find a Grave for 14 years, inputting 1,240 grave entries for Bethel Cemetery at Steptoe, and has transcribed records for Washington State Digital Archives and donated time and resources to St. John Historical Society.

Ms. Alderman is a respected and diligent member of the WCGS, and richly deserves being a recipient of a WSGS Outstanding Volunteer Award.

For more information on the WSGS Outstanding Volunteer Award program, visit the Recognition page of the WSGS website or contact Roxanne Lowe, Recognition Chair, at Roxanne@thekeeffes.com.

is hosting a seasonal seminar featuring:

Janet Norby: Salem Witch Trials and Their Consequences for our Country. Janet utilizes information about personal ancestors who participated in the trials and searches for an understanding of the cultural influences that
prompted them to do so. With discussion to follow.

Jill Nock and Barb Crossler: DAR presentation includes historical background, info on their chapter, types of service that can be proven, documents needed and places to search. With discussion to follow.

Barbara Bradley Petura: Preserving Genealogical Research & Family History for Future Generations. Barbara will give us ideas and show us internet sites where we will be able to enter our research for others to find and expand on in years to come. With discussion to follow.